The annual conference of the International Committee of Memorial Museums in Remembrance of the Victims of Public Crimes (IC MEMO) will gather international speakers from Mexico, Russia, Ukraine, Japan, Israel, the Netherlands, Belgium, France, Austria, Germany, Spain, the United States, Armenia, Romania and Lithuania to discuss topics such as “Activating Social Action in Memorial Museums” and “New Exhibitions dedicated to the 100th Anniversary of the Armenian Genocide”. Architecture Barbara Holzer from Holzer Kobler studio in Zurich is the keynote speaker of the venue, wich will be held at the Jewish Musem München and the Flossenbürg Memorial.

The theme of the Conference will be further explored in various scheduled visits, including the recently-opened Munich Documentation Centre for the History of National Socialism and the site of the future Munich Olympic Park, where a new memorial commemorating the victims of the 1972 Munich Massacre is being planned. Participants will also visit the new Education Center at the Flossenbuerg Memorial Site and join in the solemn commemoration of Kristalllnacht, the Night of Broken Glass (November 9/10, 1938), at the site of the former Main Synagogue of Munich. 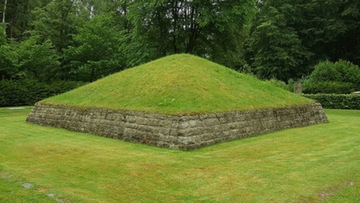