History teaches us that famous years often don’t get recognized as turning points until later; only by looking backwards can we gain insight into the transformative nature of a given historical moment. What was the common denominator of the protests against the Vietnam War, raised fists at the Mexico City Olympics, student demonstrations in Paris and West Germany, the murders of Martin Luther King and Robert Kennedy in the United States, the Prague Spring, and Korčula’s Praxis School? By the end of the year, man first left the Earth’s orbit in Apollo 8, implying a sort of a symbolic escape from humanity. The crew that left the orbit was the first to be able to behold the whole world at once, the world that in 1968 seemed on the brink of hysterical despair, but was, on the other hand, in many ways a symbol of hope.

What role does hope play in political change? Do protests occur in the name of past victims or because of a desire for future liberty? Did the so-called “Generation of 68” truly change the world for the better, did it make it more tolerant, socially responsible and liberal, or did it merely seize important positions and cause the crisis from which the so-called “millennials” will take forever to recover? Does 1968, having ended long ago, belong to the past, or does it remain present, as we are still feeling its effects, both good and bad? 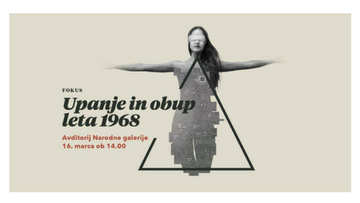