History and memory of the International Brigades

80th anniversary of the farewell of the International Brigades (1938-2018) 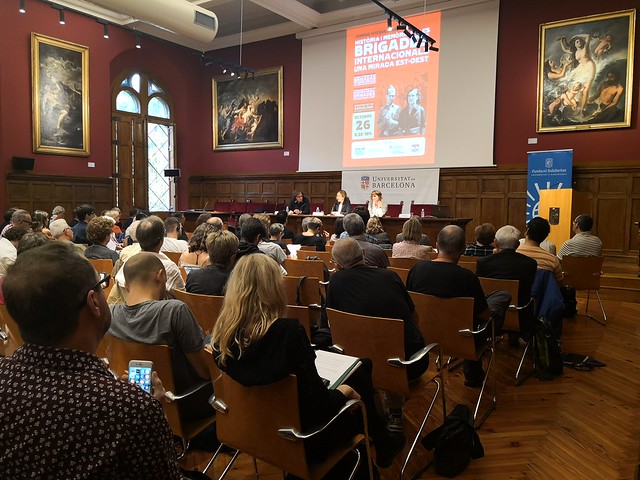 While fascisms gained ground in the 1930s, dragging Europe to the total conflagration, thousands of people realized the danger that supposed not to face and stop their feet. More than 35,000 volunteers from over 50 different countries head to Spain to aid the young Republic besieged by fascism and abandoned by Western democracies. Between September and October of 1936 the International Brigades were organized as military units formed by anti-fascist volunteers to fight against the rebel troops of General Franco. On September 21, 1938, president Juan Negrín announced their evacuation during a meeting at the League of Nations, pretending that Franco would do the same with his Italian and German allies.

Approximately 10,000 volunteers lost their lives during the conflict, and their sacrifice and their struggle left an unforgettable imprint. The farewell to the International Brigades was a moving and multitudinous event that took the streets of Barcelona on October 28, 1938.

This seminar aims to discuss and transmit the role of the volunteers during the Spanish Civil War, focusing on how those men and women are remembered nowadays around the world. It will highlight the participation of women in the Brigades and deal with the role of the volunteers in the French resistance and in the fight against Nazism in Europe once the conflict in Spain ended, including the role played by some brigades in post-war governments in Eastern European countries.

During the seminar, the Library of the Pavilion of the Republic will display some selected material of the International Brigades’ collection, including posters, pictures and documents. 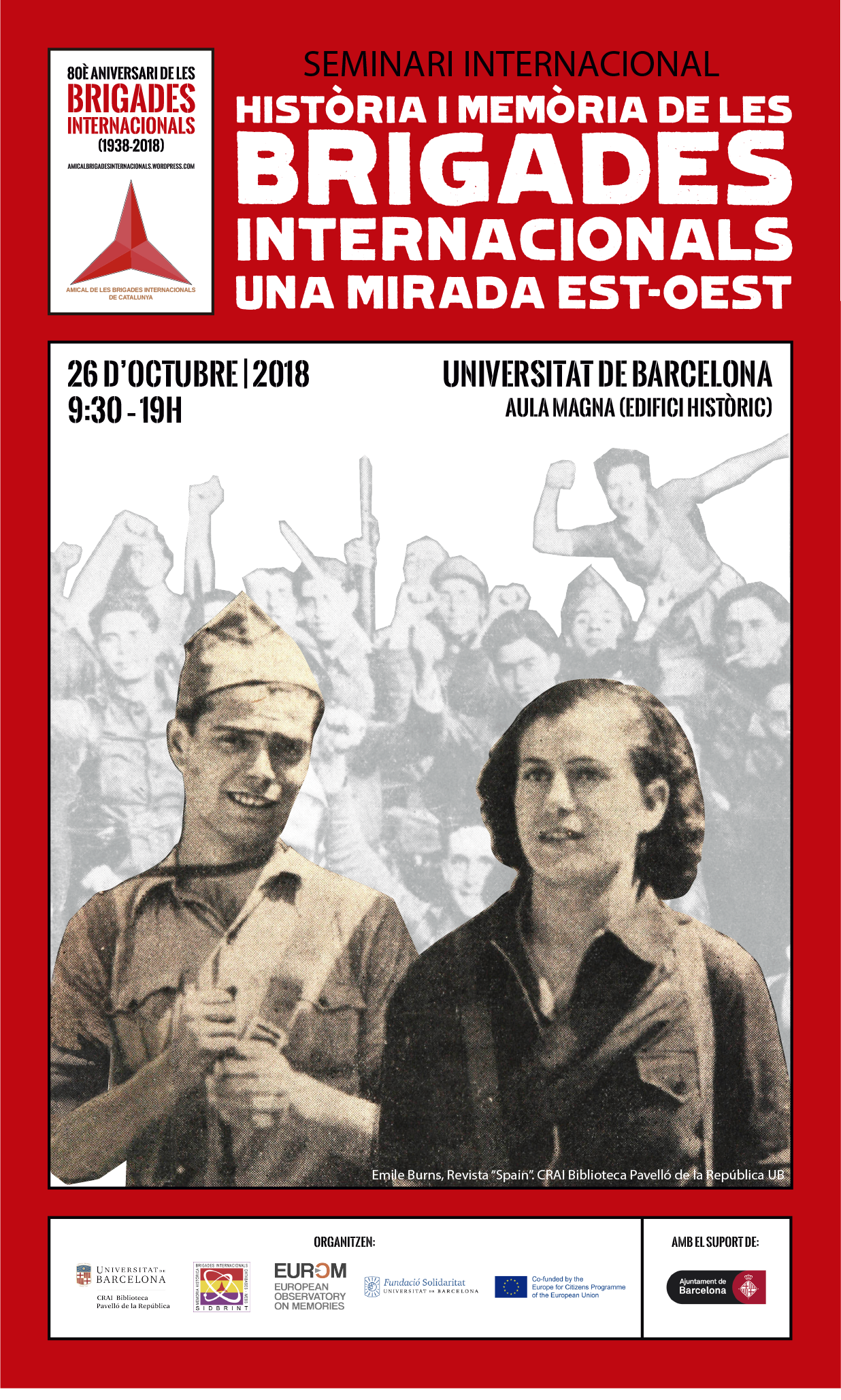 11,30 am – 12,00 pm
Presentation of the project SIDBRINT
Historical memory of the International Brigades
Lourdes Prades (University of Barcelona)