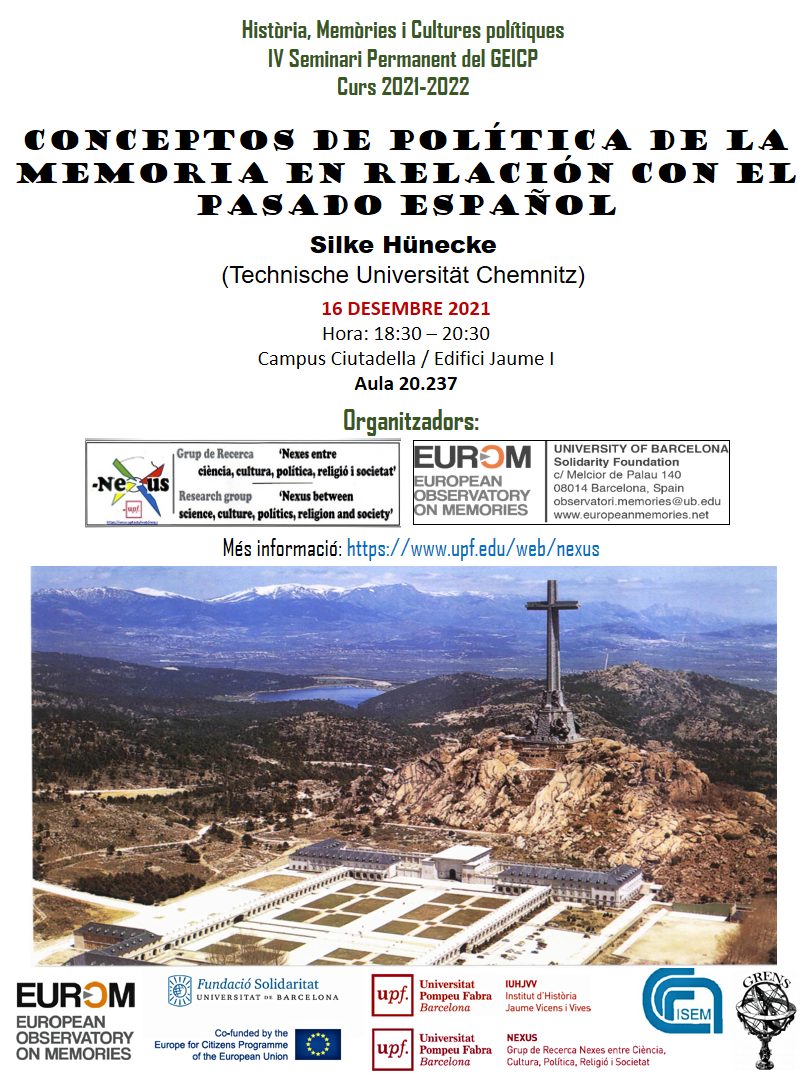 Silke Hünecke, Technische Universität Chemnitz
Concepts of memory policy in relation to the Spanish past

>>>>>> No registration is required, but the room capacity is limited to 30 people. The use of the mask is mandatory 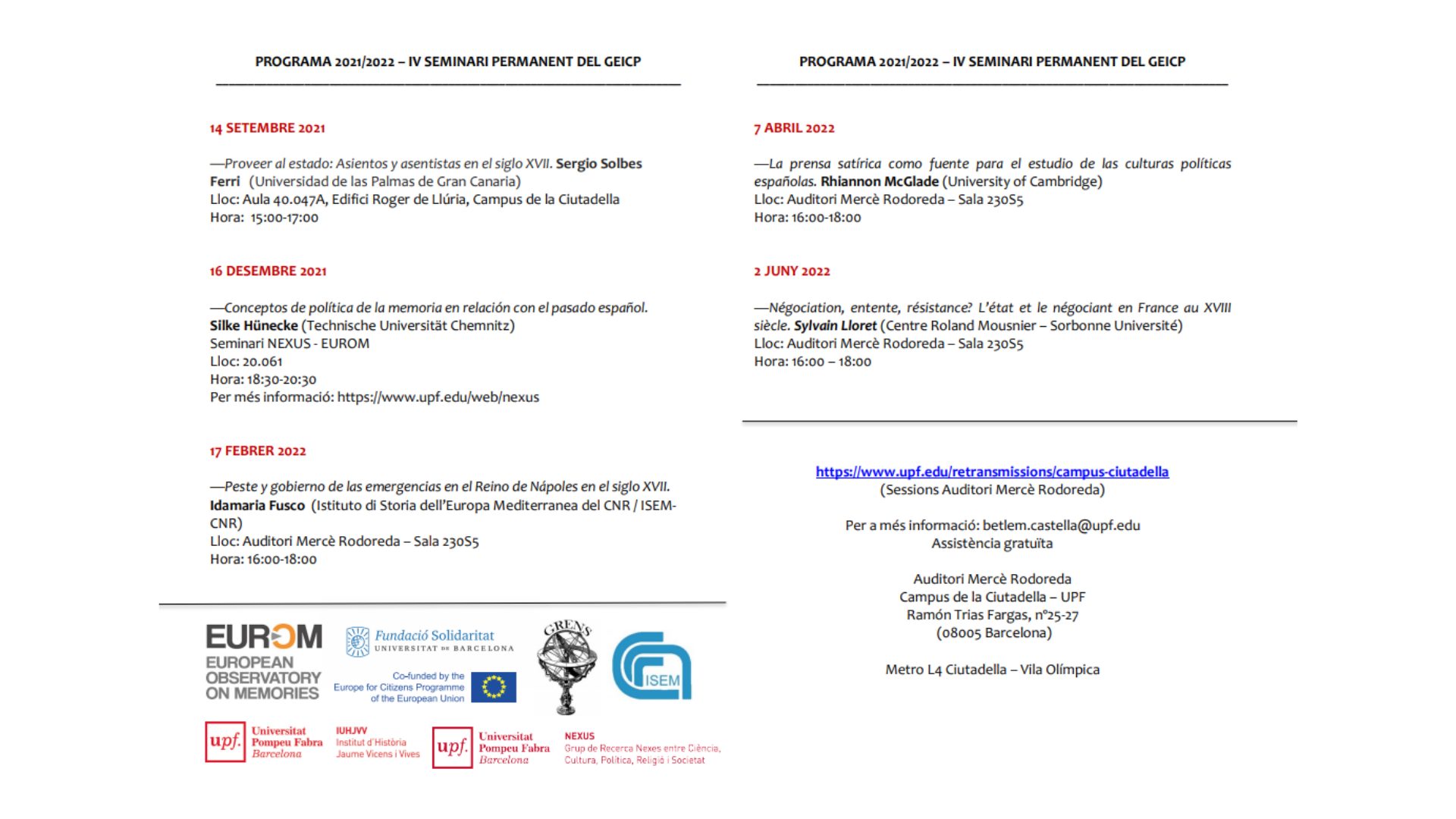 The GEICP (Study Group on Institutions and Political Cultures, 16th-21st Centuries) is a consolidated research group focused especially on the study of political institutions and cultures in Catalonia, Spain and Europe since the 16th century. until the 21st century. It is the continuation of the consolidated research group “Study group of institutions and society in Modern Catalonia (16th-18th centuries)” with a long academic and scientific trajectory since 1997. The GEICP is articulated from of three competitive projects since 2014. Namely: The foreign policy of Felipe V and its repercussion in Spain (1713-1740) (HAR 2014 – 52645-P) – Principal investigator: Joaquim Albareda; Political cultures and religious sociability. Spain, Italy, Latin America (16th-19th centuries) (HAR2014 – 53160 – P) – Principal Investigator: Xavier Torres; i State “fission” and “fusion” in contemporary political systems: exceptionalism and border changes (HAR 2015-67658-P) – Principal Investigator: Josep Pich. The GEICP welcomes members of different UPF groups: GEISCAM, GRENS and NEXUS, as well as members of other Catalan universities, such as the International University of Catalonia, the Autonomous University of Barcelona, ​​the University of Girona, the Open University of Catalonia or Ramón Llull University. 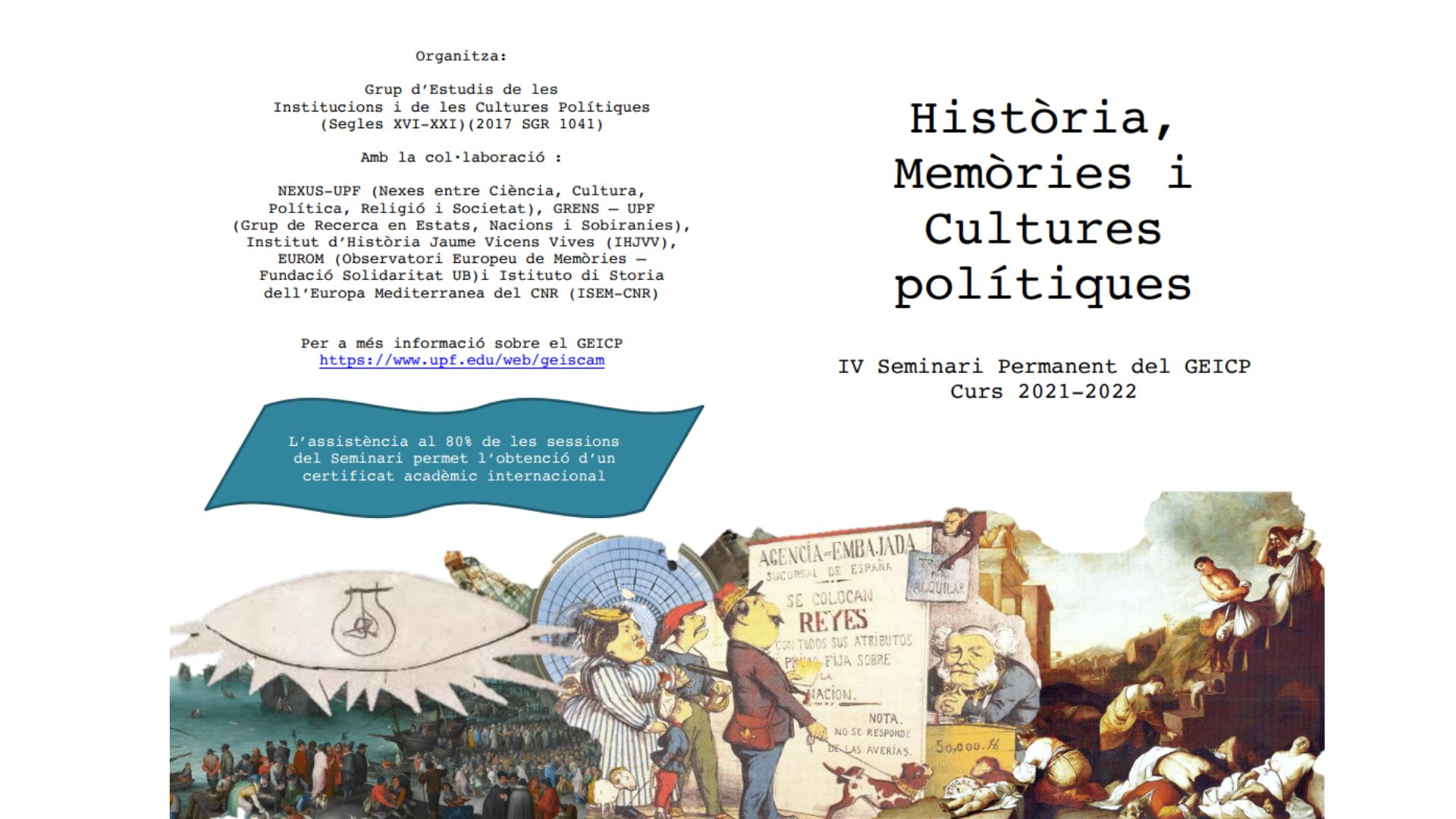