History and fiction. Shifting memory in the narratives of the past 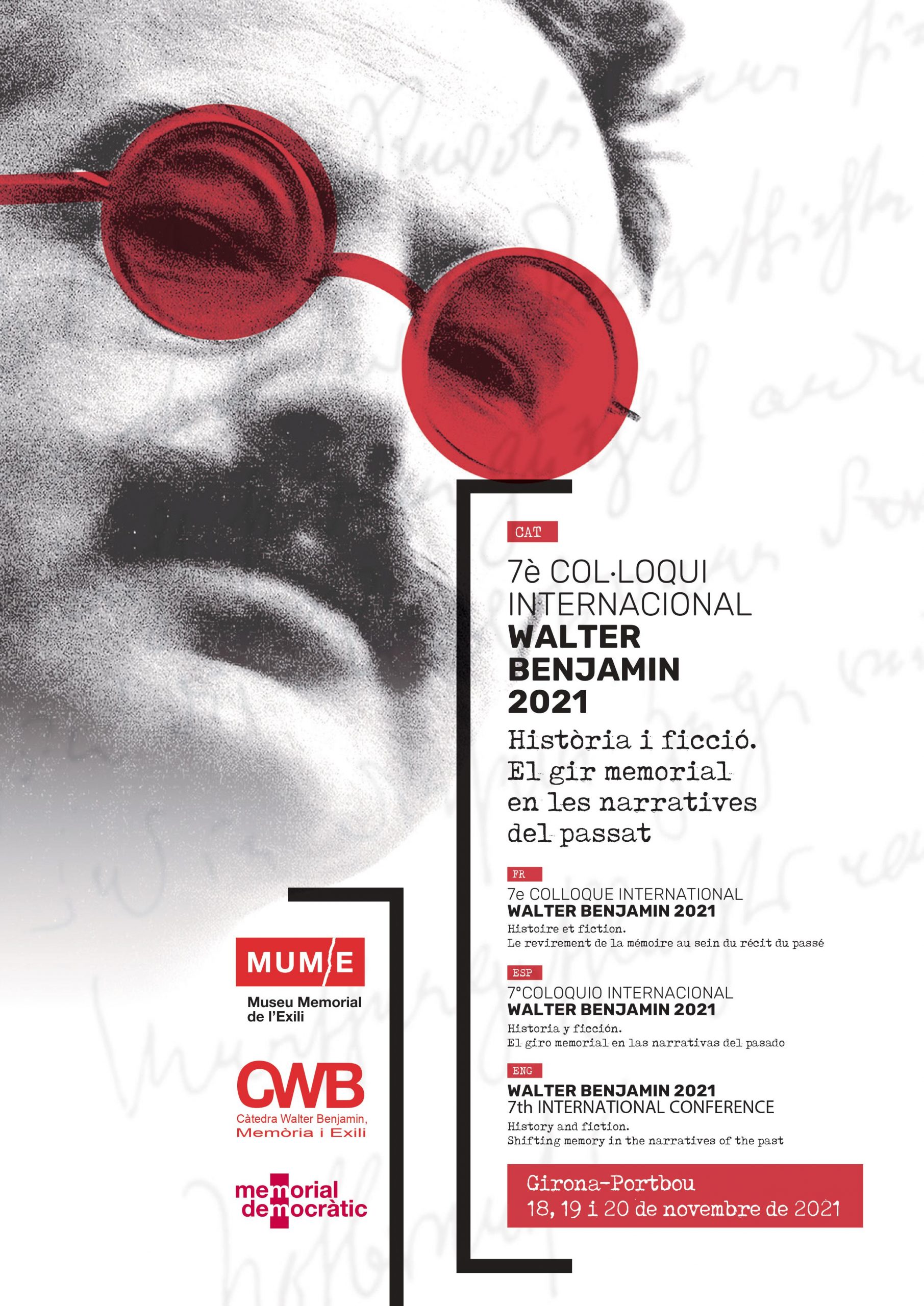 Within this framework, and with participants devoted to literary writing, historical research, literary and cultural criticism, and artistic production, the conference aims to create several spaces for discussion and reﬂection on “historical memory” or “democratic memory”, a phenomenon of great relevance in today’s socio-cultural and political context. What role does ﬁction play in the growing presence of “historical memory” in the public sphere? Could this public sphere —where all sorts of memory-related demands are made— be what facilitates the proliferation of artistic and cultural productions focused on memory? This and other related questions will be addressed in the conference’s various discussions and conversations.
The themes discussed in the conference are chosen for the purpose of disseminating the broad legacy of the work of Walter Benjamin, an intellectual inheritance whose relevance continues to grow even today, to such an extent that it is still a source of inspiration in the analysis of issues concerning the relations established by societies with their past, which condition the present and the prospects for possible futures. 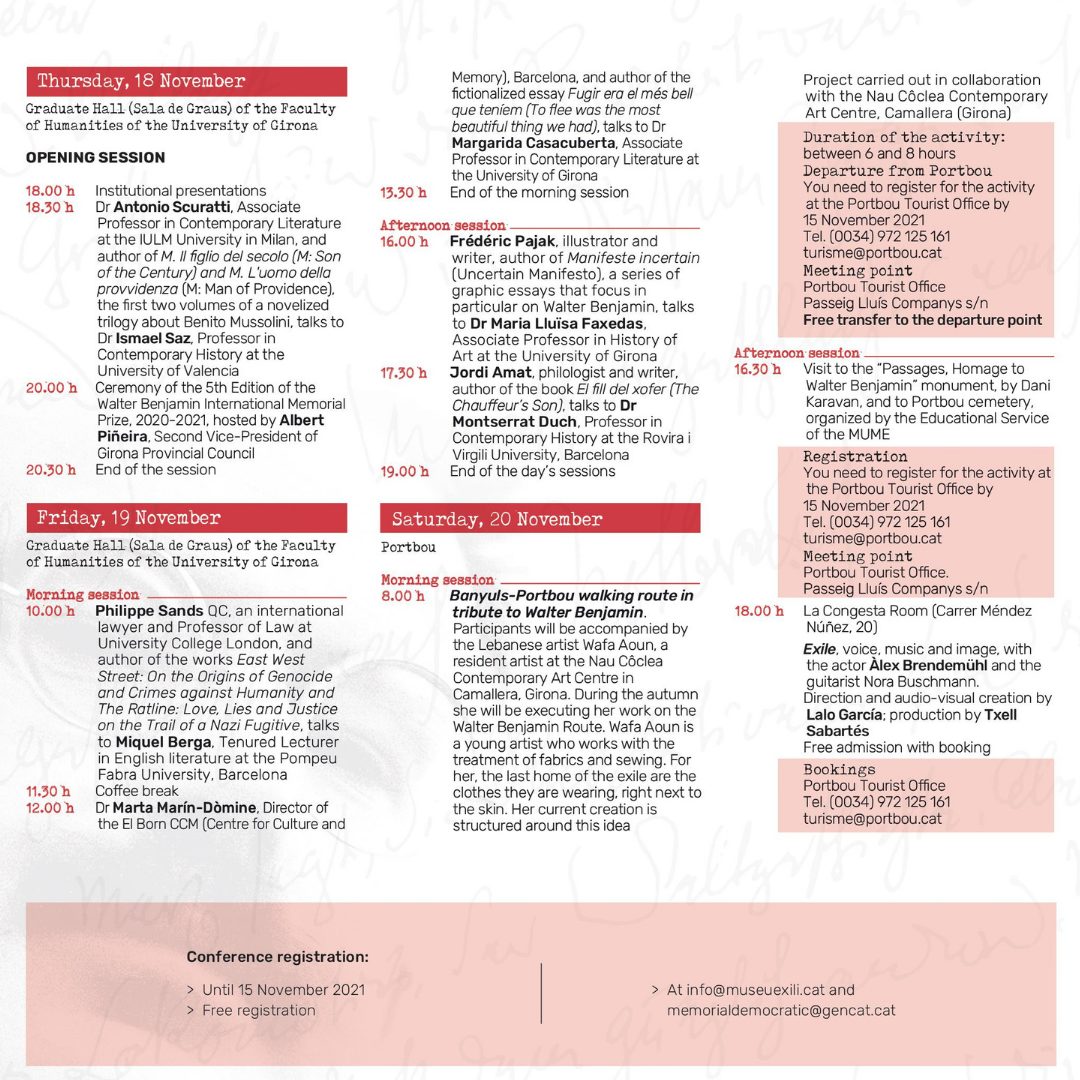 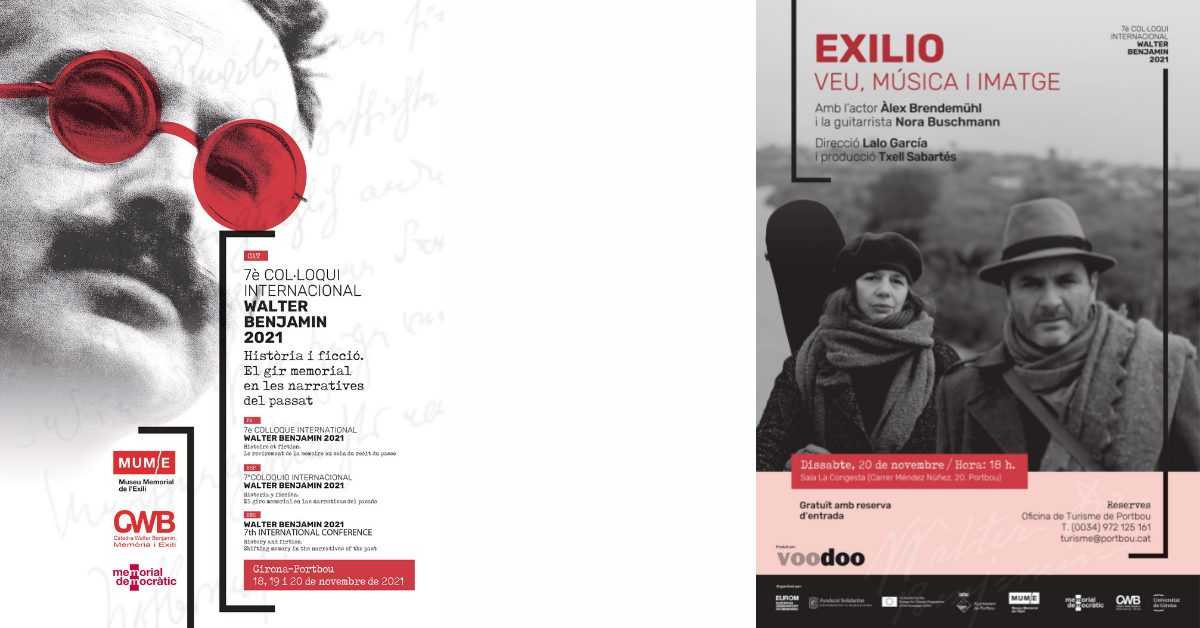