November 20, 2015 marks 40 years since the death of Francisco Franco. The dictator disappeared, and democracy won the streets. Four decades later we commemorate it and celebrate at the same time the closing of the events on the 50th anniversary of the founding of the Workers’ Comission of Catalonia (CC.OO), created on November 20 1964. The social movement embodied by Comissions Obreres took a leading role in the fight against Franco and the recovery of democratic freedoms in Spain. 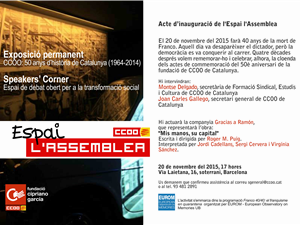 Speakers: Montse Delgado, Secretary of Trade Union Training, Education and Culture, and Joan Carles Gallego, Secretary General of CCOO in Catalonia. The event will end with a performance of the work “Mis manos, su capital“, written and directed by Roger M. Puig and interpreted by Jordi Cadellans Sergi Cervera and Virginia Sanchez. 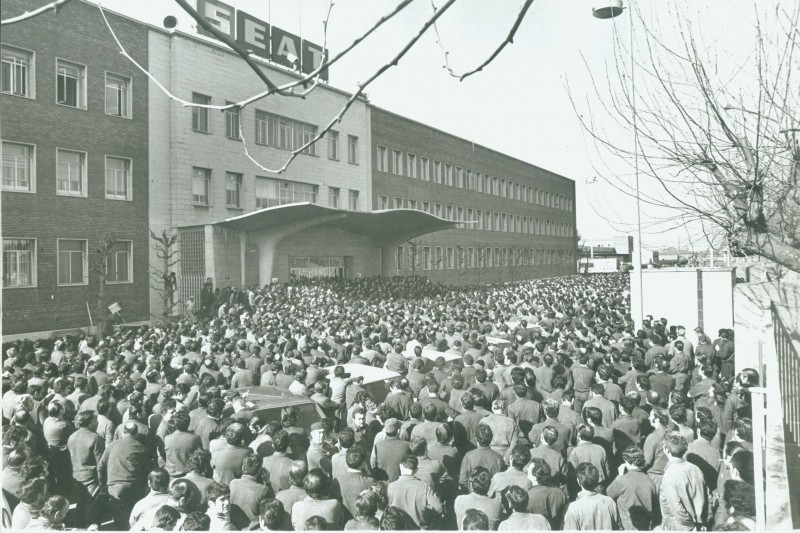