After wars, countries often resort to their cultural heritage to guide the reconstruction process that follows. Two fundamental dynamics motivate this interest: one is the desire to repair, restore and recover what was lost; the other is the necessity to make a selection of what to keep, rebuild or just forget. Both processes involve choices about reconstructing and reinterpreting the past to build a new story.

In the case of Europe, Gernika was bombed and razed more than 80%; 90% of households in Warsaw was destroyed; only 27% of households were living in Budapest in 1945; 40% of German households had disappeared and the same happened with 30% of British and 20% of French. Between Paris and the sea there was no bridges over the Seine, and only one remained intact across the Rhine. National economies were stagnant or depressed in almost all countries involved in wars – and their fight was finally not to defeat the enemy but to build new societies that could leave the war behind.

This international seminar, organized in collaboration with the Foundation of the Peace Museum of Gernika and the Université de Perpignan Via Domitia, aims to highlight those gray and often unknown episodes regarding the reconstruction of villages, towns and heritage after years of endless wars. 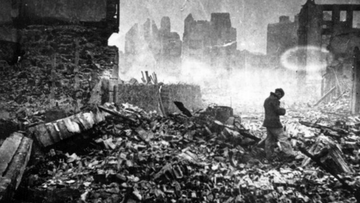