“I am a refugee”, an exhibition by Vesna Bukovec and Widad Tamimi

The Slovene Ethnographic Museum helds I am a refugee, a series of illustrations by artist Vesna Bukovec and curatorship by Widad Tamimi. The exhibition is presented within the framework of the seminar European Memory in the Making: Refugees and Global expulsions, organized by the EUROM and the Université of Perpignan Via Domitia in collaboration with the University of Ljubljana. The opening will take place on October 26th at 2pm in the presence of Zoran Stancic, head of the European Commision Representation in Ljubljana, and will be followed by a workshop with the artists.

The project  A Kurdish tale between Syria, Iraq, Turkey and Greece will also be released during the exhibition, presenting illustrations by Kawa Kawa and texts by Widad Tamimi. 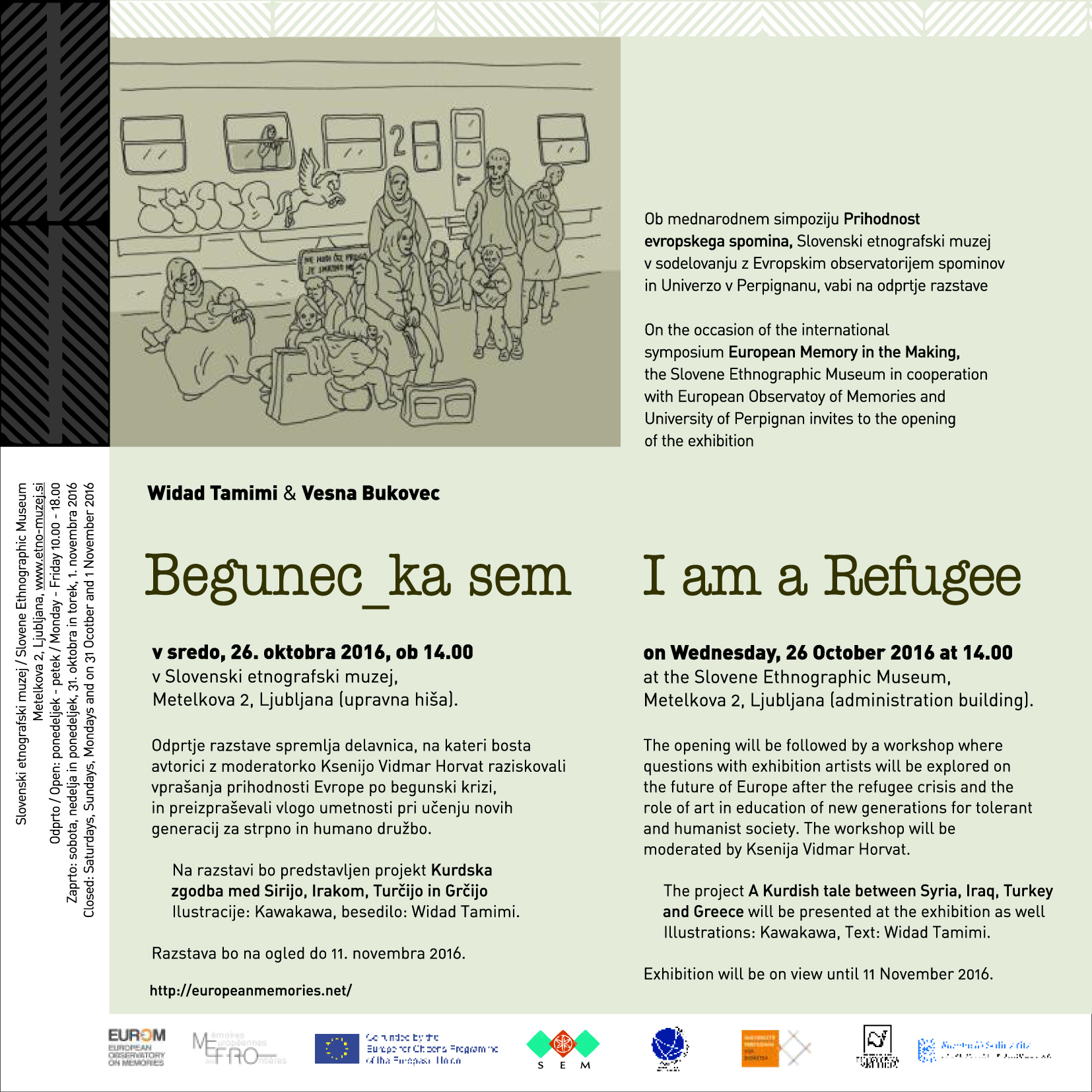 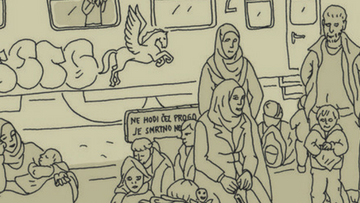