Symbols of the dictatorship in Barcelona 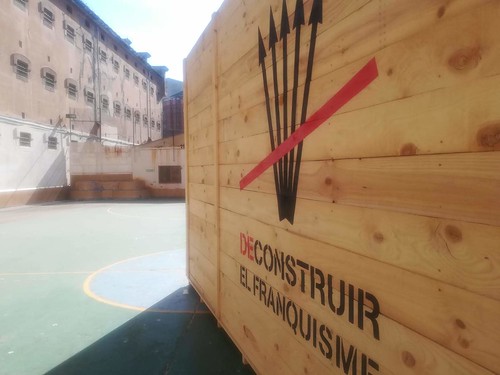 The repression of the Francoist dictatorship was present in the cities and towns throughout a hierarchy of territorial control marked by the extensive use of symbology in the public space. Since the democratic transition, many of these objects remained symbolically rooted in the logic and values of repression. They were located in significant places such as military headquarters or police stations, but also as objects of “embellishment” in statues and monuments. Some cities such as Barcelona began to withdrawn the Francoist symbolism and to replace the more explicit street names in the 80s, but in the second decade of 2000 there were still plaques and some commemorative monuments to be removed or interpreted. In other Spanish cities, this work started to be developed more recently.

This travelling exhibition proposes interpreting the repression of the Francoist regime by returning these elements to the surface in a new context and without ambiguities about its fascist iconography, revealing them as something alien to a democratic society.

The exposed material include original pieces and graphical documentation about Francoist symbology highlighting over 160 housing plaques that have been recently withdrawn by the City Council of Barcelona. Interactive cartography allows locating most of those plaques and some of the spaces of repression and control, monuments and nomenclator. 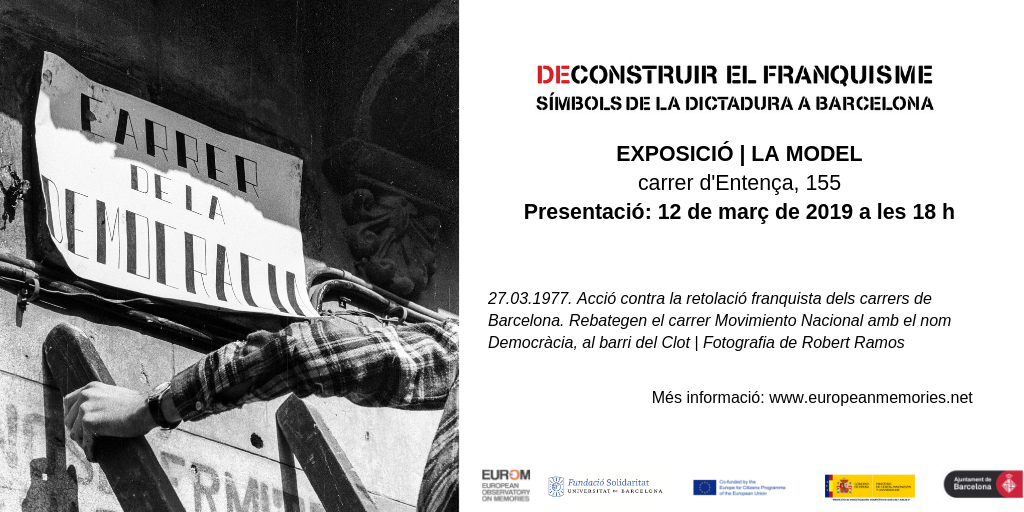