Heritage and colonial memory in Barcelona 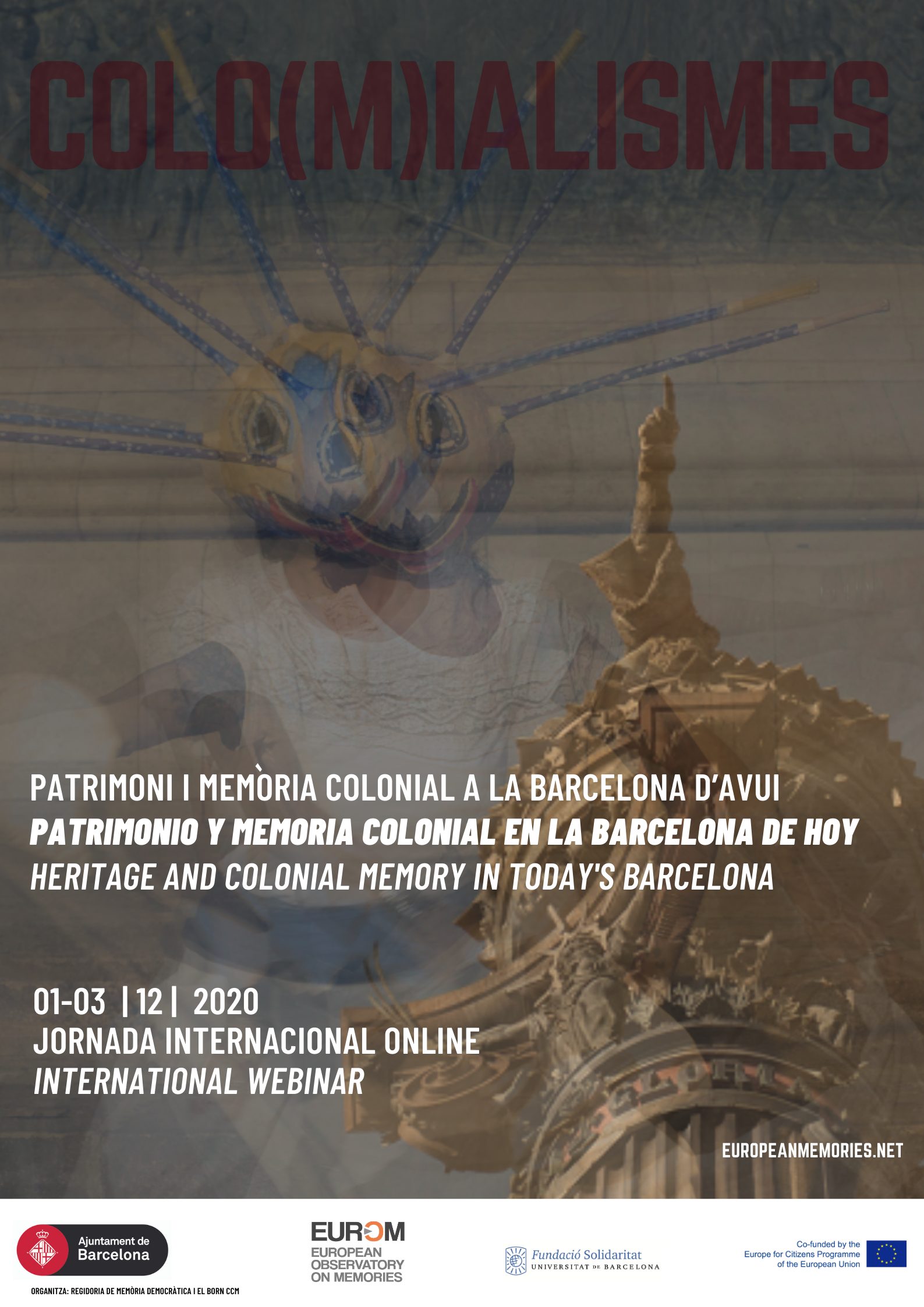 Today, the presence of the colonial past, its traces and its consequences are keenly felt in the public, political and academic debate. The violence of colonialism, the political, economic and cultural subordination of the colonies, the public exaltation of these processes in the old centres of power and the structural marginality that colonial peoples have suffered (and still suffer today) have given rise to protest movements and activism all over the world, the most prominent of which is #BlackLivesMatter. With the iconoclastic attacks on statues, the debates over their maintenance or their possible resignification, the activist, political and academic worlds have positioned themselves and have generated an energetic debate that is expected to grow even more intense in the coming decades.

This international webinar aims to bring these debates closer to home. Barcelona is a city that was also a colonial metropolis. We can trace this legacy through its historical centres of power and its public spaces, but also in the migratory flows from the global south, the socio-economic structures of our society, racism, and the political neglect of the situation of immigrants and ethnic minorities.

The tables have been organized as a forum for debate, a space for looking at the past with the desire to transform the present. It also intends to give a voice to the diverse colonial memories of America, Africa and Asia. And in the centre, the monument to Columbus: for some, a source of shame recalling a colonial past that has not been discussed; for others a part of the immovable heritage of a great city.

Please contact Dr. Celeste Muñoz for registration. Simultaneous translation (English and Spanish) will be available for those attending the webinar.

Live streaming will be available both in the original version of the webinar and with English simultaneous translation.

Editing the past: What corrective measure for colonialism in an urban space
Ana Milosevic, University of Leuven

Mbuyi Kabunda, the Autonomous University of Madrid and member of the International Institute of Human Rights of Strasbourg

Caroline Silveira Bauer, Federal University of Rio Grande do Sul (Brazil), founder of the Laboratory of Studies on the Political Uses of the Past (Luppa)

Presented and moderated by Celeste Muñoz, Professor of African History at the University of Barcelona

The Philippines, the Mariana Islands, and the Spanish colonial legacy from the present
Verónica Peña Filiu, Pompeu Fabra University

Decolonial activism and migration in today’s Barcelona
Norma Véliz Torresano, an activist for the rights of migrants, member of Mujeres Unidas Entre Tierras

Presented and moderated by Xavier Roigè, professor of museology and heritage intervention at the University of Barcelona

Outside in inside out: negotiating decoloniality at museums ’threshold
Chiara de Cesari, University of Amsterdam

The misappropriation of indigenous designs and symbols in Latin America, a new form of colonialism?
Mónica Martínez Mauri, University of Barcelona

17:00 – 18:30
Columbus: Conquest and Colonization of America. The struggle of the story

Columbus and the pseudohistory of Catalonia
Stefano M. Cingolani, Sapienza University of Rome and co-author of Pseudo-history against Catalonia.

From celebration to vindication. October 12, a key date in Latin America
Cielo Zaidenwerg, University of Barcelona

Presented and moderated by Núria Ricart, professor at the Faculty of Fine Arts of the University of Barcelona.

The monument to Columbus: between memory and heritage, the party of history
Stéphane Michonneau, University of Lille 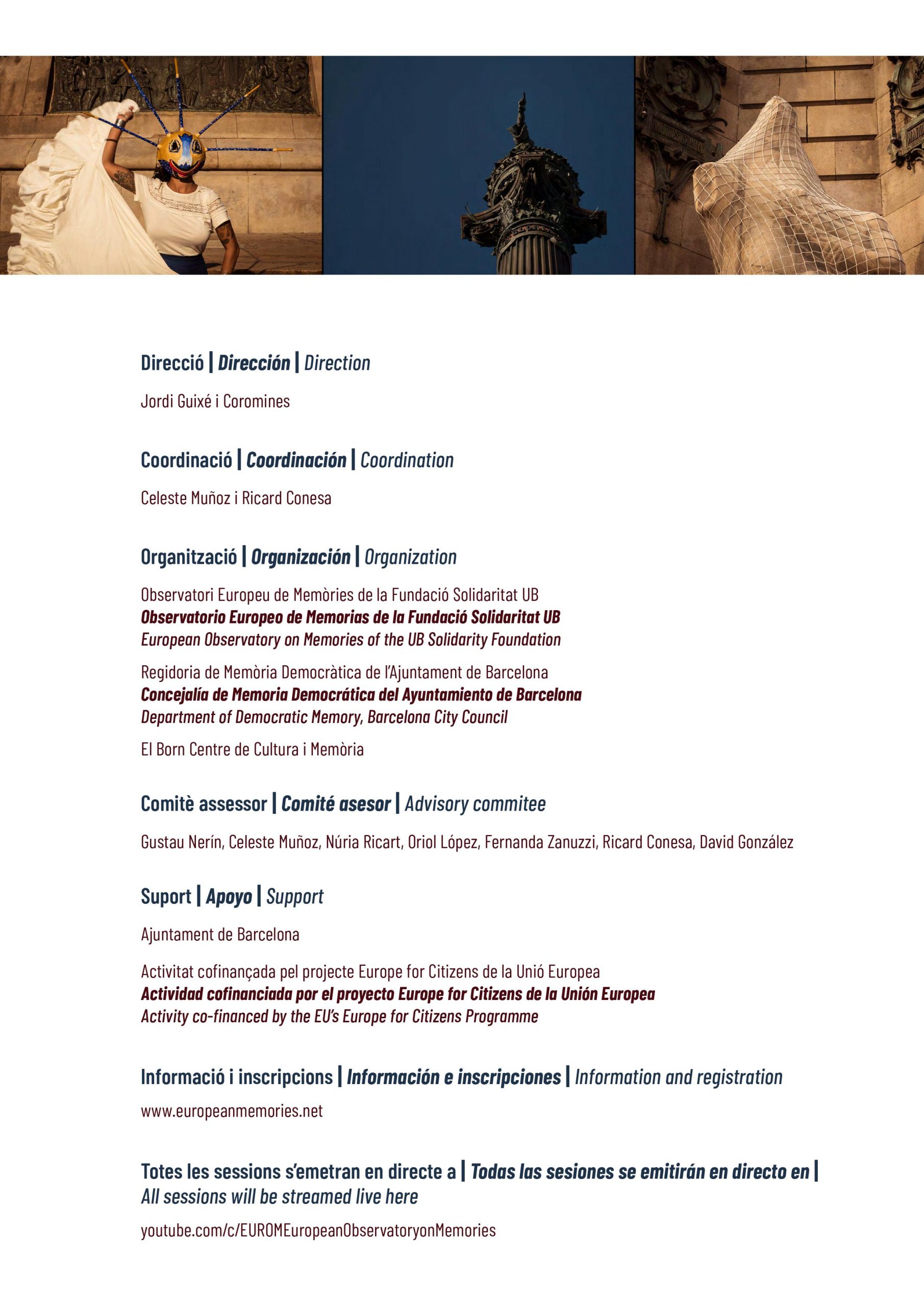 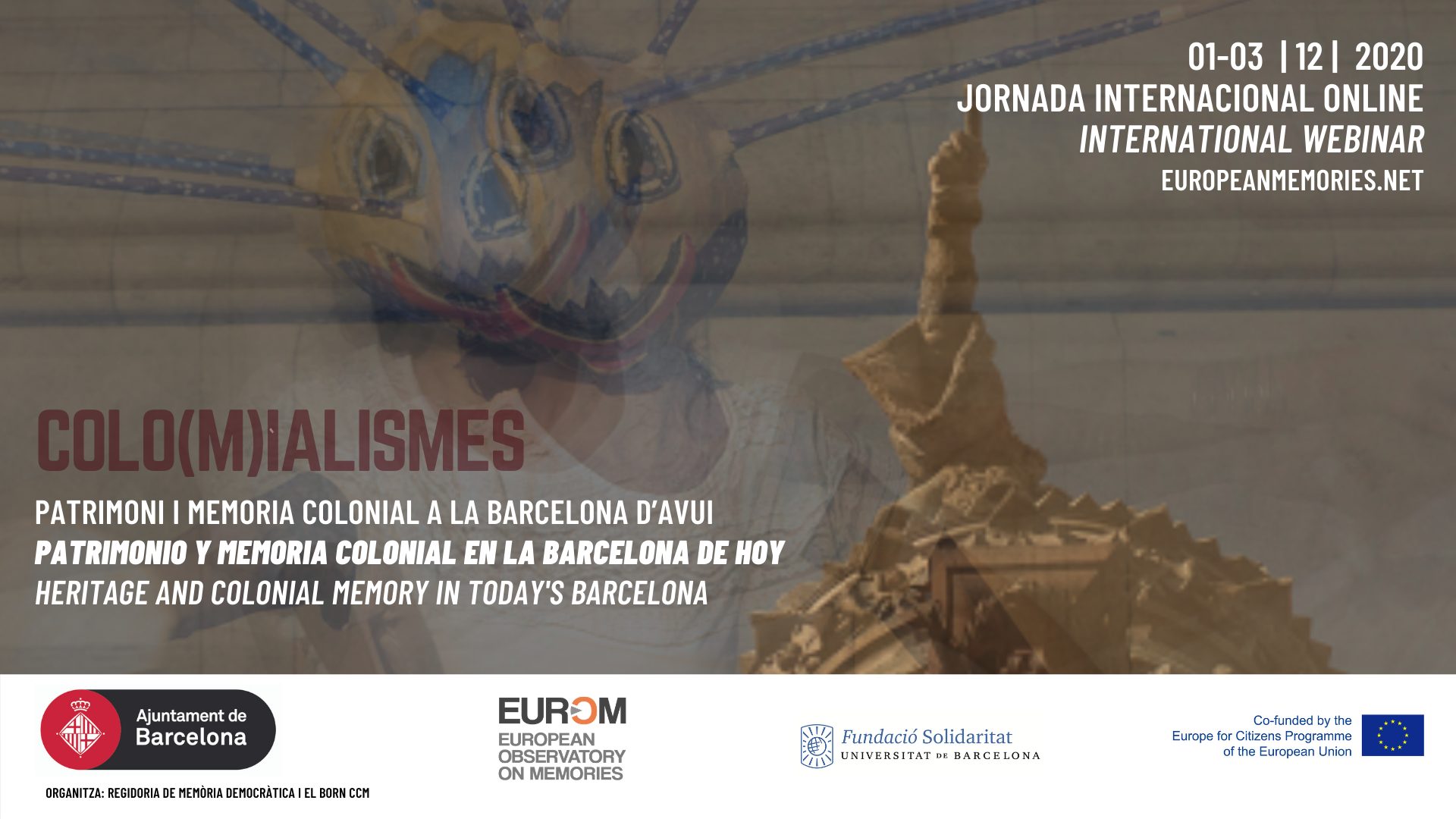