Barcelona, a shelter for the Jews

Cover picture: A group of Jews leaving Bar Griego, near Paral·lel, where part of the Barcelona colony used to congregate. The picture is included in an article signed by journalist Javier Sánchez-Ocaña, published on February 16, 1935, in the magazine Estampa. Source: Manu Valentín’s archive.

The virtual exhibition takes as a starting point the eponymous book, published in 2015 by Editorial Angle, and documentary research carried out in 2018. The result is a visual journey that encompasses the Jewish migrations to Barcelona from 1914 until the end of the Second World War, in 1945. The digital tour highlights the trajectories of Jewish families, characters, companies, and guild associations established in the city in three chronological stages: 1914-1929, 1933-1936 and 1939-1945. 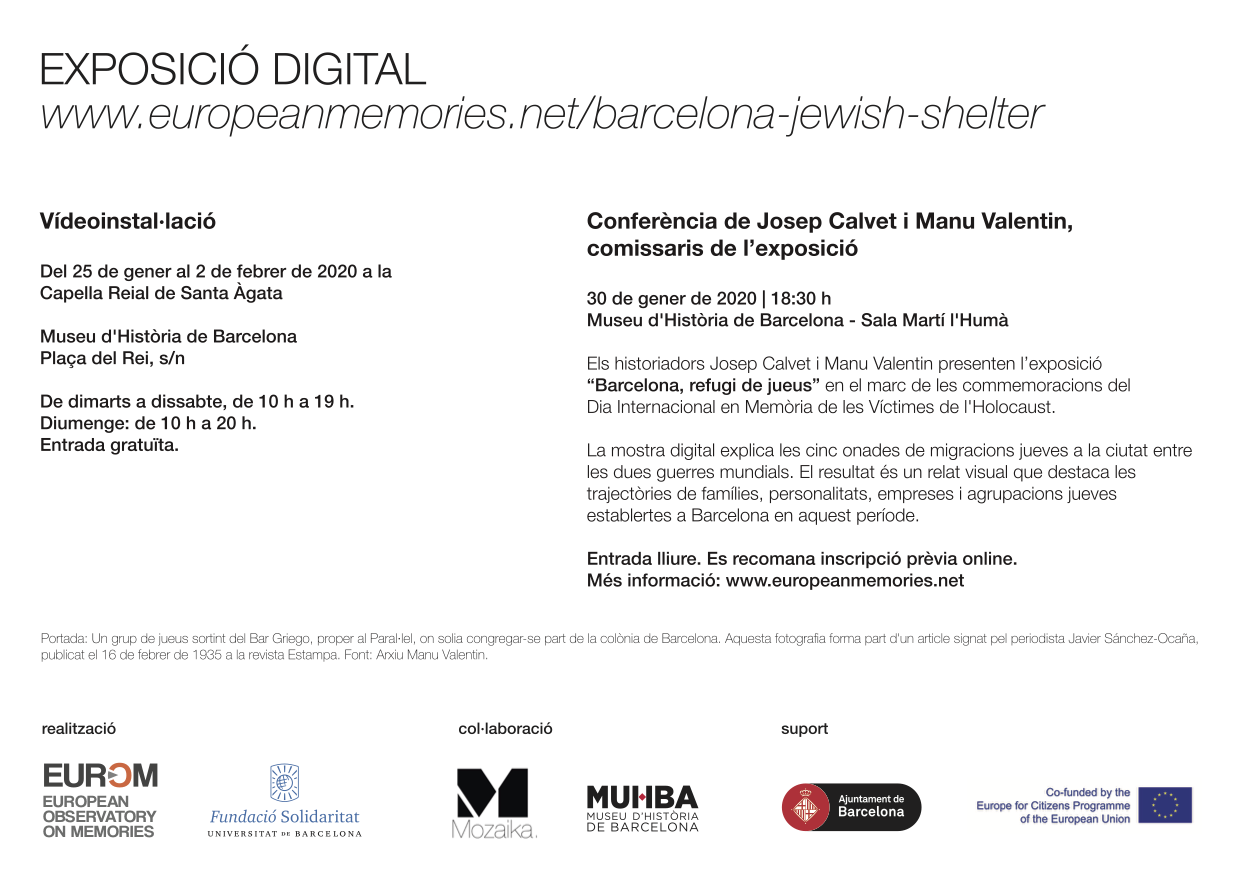 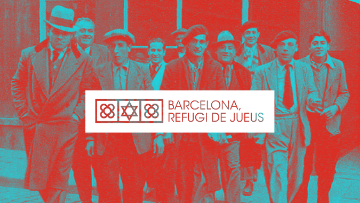