80th anniversary of the Spanish Republican exile. Imprints in Latin America and the Caribbean

This international colloquium is part of a series of activities on the 80th anniversary of the Spanish Republican Exile organized by the Association of Latin American and Caribbean Historians (ADHILAC). The aim of these activities is to promote new approaches to the study of the topic from a multidisciplinary perspective, highlighting the plurality of experiences of the exiles and their contexts, as well as the diversity of displaced groups (children, workers, peasants, professionals, intellectuals, politicians and others), together with the variety of origins and destinies in Latin America and the Caribbean. It will take pace form March 27 to 29, 2019, in La Habana(Cuba) and the call for papers is open until March 15, 2019.

The colloquium is dedicated to the Asturian professor Dra. Aurea Matilde Fernández Muñíz, Professor Emeritus of the University of Havana and National Award of Social Sciences who died in December of 2017, whose family was part of the Spanish Republican exile.

Those interested in formalizing their registration must send a summary of the paper, no more than one page long and in electronic format, to the organizers of the Colloquium before March 15, 2019. The registration fee will be 50.00 CUC. (Cuban convertible currency) for foreigners and of equal amount in CUP for Cubans. Members of ADHILAC, who are up to date on their quotation, can pay a half registration fee.

Accreditation, both for speakers and observers, will be done on the first day of the event.

During the event, the speakers must submit in electronic form the full text of their work, which should not exceed 10 pages, as the speakers will only have 15 minutes to present their work.

Access to Cuba can be done through the tourism agencies that usually make trips to Cuba. 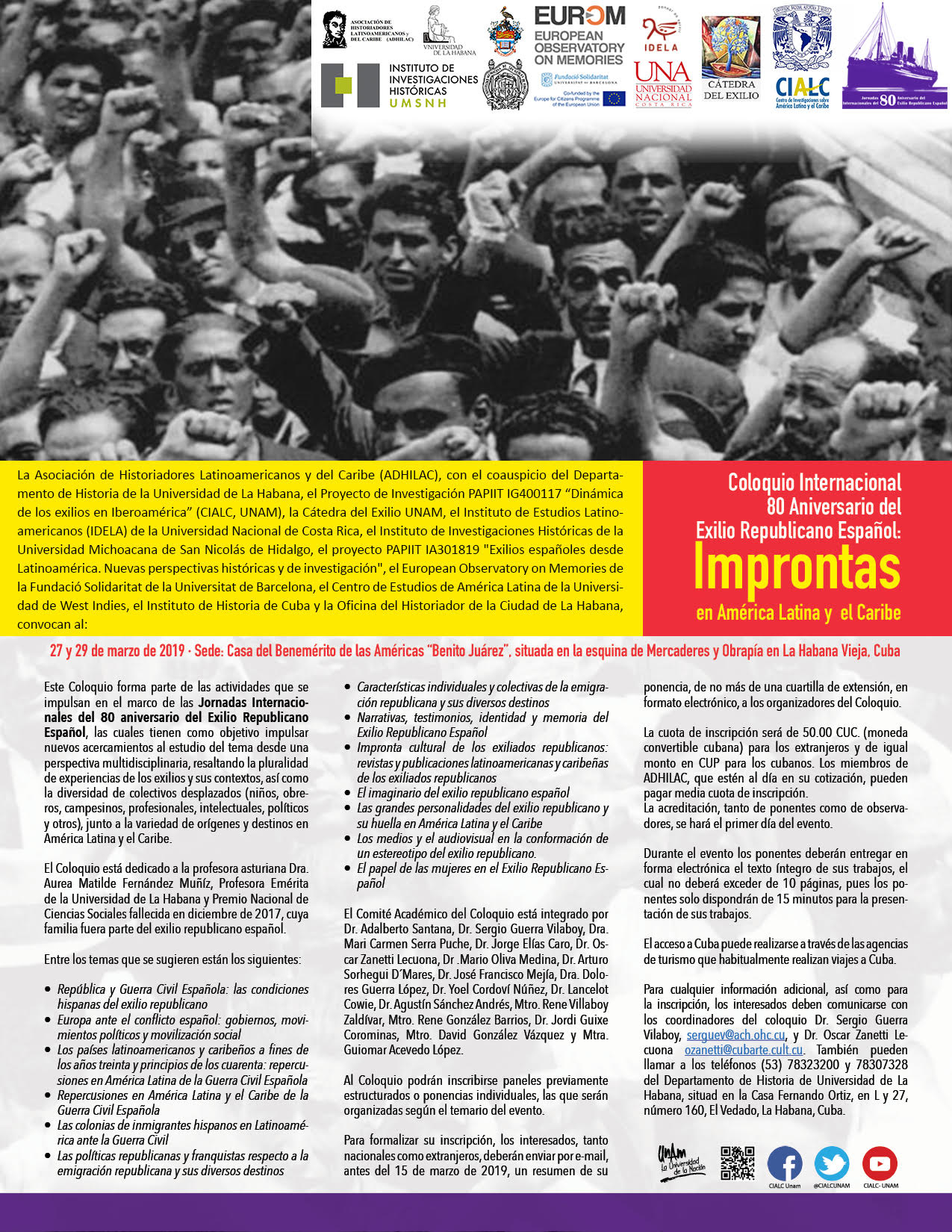 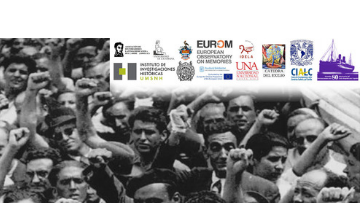