The book Diccionario de la Memoria Colectiva (Dictionary of Collective Memory) arrives to the bookstores in Spain in September 15, 2018. Published by Gedisa with the support of the European Observatory on Memories (EUROM) of the University of Barcelona’s Solidarity Foundation, it includes more than 270 entries of 187 specialists in different disciplines related to international historical memory under the direction of the historian Ricard Vinyes.

Born with the aim of identifying, describing and analyzing the concepts used in the management of the memory of those political and social traumas lived in Europe and America throughout the twentieth century and up to the present, the book includes a transversal annex gathering the experience in other continents around the management of its historical memory. It is complemented by abundant graphic material that includes some of the most iconic images of our contemporary history.

The result is a total of 264 entries plus 8 additional articles, each one signed by a specialist in the subject and endorsed by the scientific committee of the project, formed by 19 experts of recognized international prestige in the studies of contemporary memory such as Ricard Vinyes (University of Barcelona); Nancy Berthier (Sorbonne Université); Elizabeth Jelin (Núcleo de la Memoria – IDES, Argentina); Jordi Guixé (EUROM); Isabel Piper (Universidad de Chile) or Alessandro Portelli (Università di Roma La Sapienza), among others.

This is an ambitious editorial project that aims to become a reference work in the studies of collective memory, whose renewed interest has transformed the agenda of university research in the last ten years, both in history and in the rest of the disciplines belonging to the Humanities and Social Sciences. Due to its format and its didactic vocation, the work is at the same time an accessible reading for a public interested in understanding and analyzing universal history.

The presentation in Barcelona of the Diccionario de la Memoria Colectiva will be held on Thursday, October 4 at 7 p.m. at the Fundació Antoni Tàpies with the participation of Ricard Vinyes, project director and professor of the Department of Contemporary History at the University of Barcelona, and Alfredo Landman, director of Editorial Gedisa, among other guests. During the Fall 2018, presentations will be held also in Madrid, Bilbao, as well as throughout the Ibero-American area. 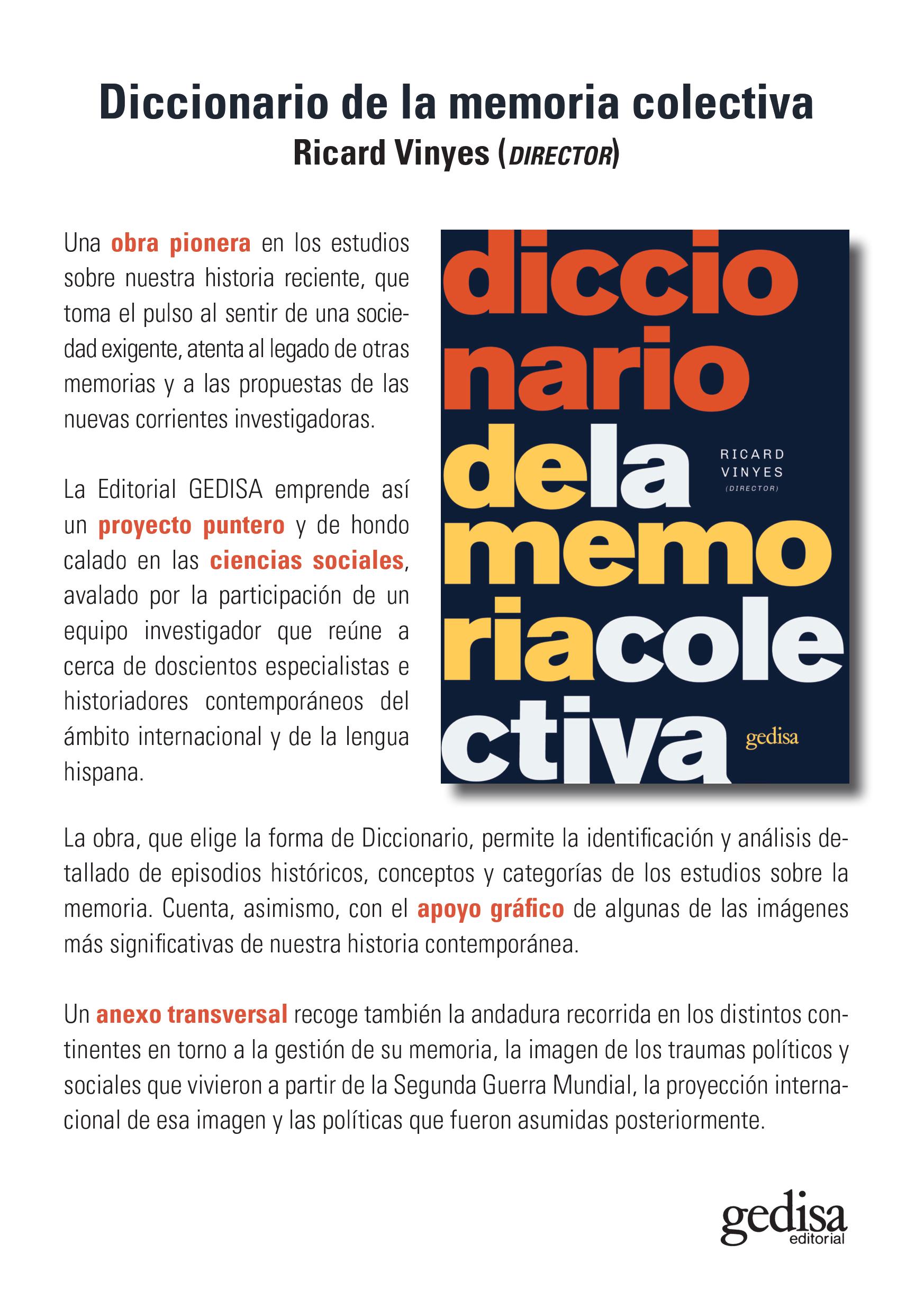 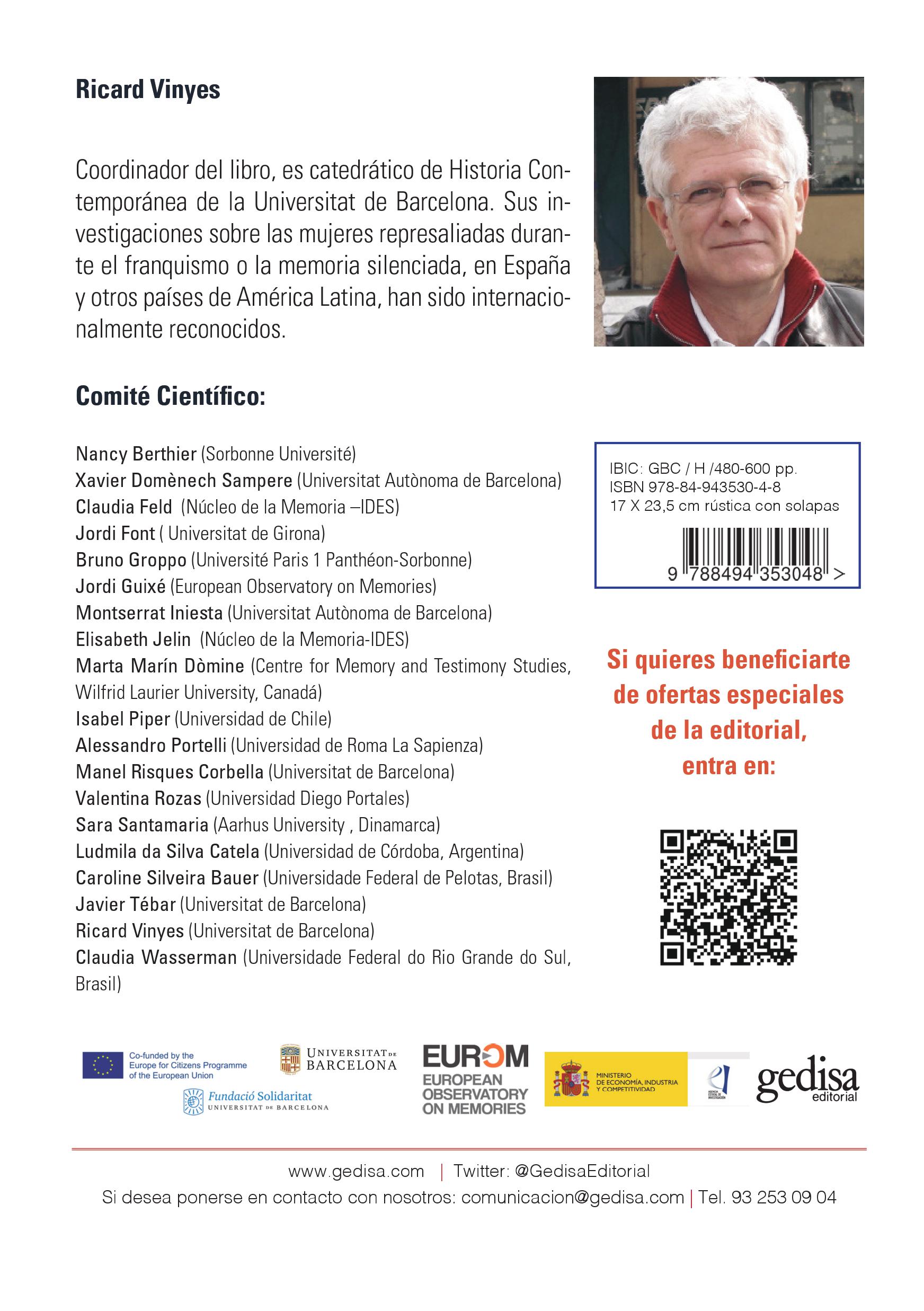