home Review Travelling memory of the Holocaust “Auschwitz: Not long ago. Not far away”

An exhibition that aspires to spread the history of a place as cruelly unique as Auschwitz | Picture: David González, EUROM.

By David González Vázquez, Assistant professor at the Department of Applied Didactics of the University of Barcelona, project manager at EUROM

September 2018, Madrid. The second extension of the Exhibition “Auschwitz: Not long ago. Not far away” becomes official. Originally programmed to be shown from December 2017 to June 2018, it has been extended first until October 2018 and finally until February 2019. Designed by Musealia, a company dedicated to the creation of travelling exhibitions based in Donostia (País Vasco), the exhibition has received 450,000 visitors so far, a remarkable figure.

This is not a typical travelling exhibition because of its subject matter, its size, the specificity of the materials on display, and above all because this is the first time that hundreds of original elements have travelled out of the Auschwitz-Birkenau Memorial and Museum to be shown in an exhibition site away from its original place. The Centro de Exposiciones Arte Canal (Canal Art Exhibition Centre), a large space managed by the Regional Government of the Community of Madrid, has been the first site to host the exhibition, from where it should travel to different international cities over the next seven years.

The project execution has requested a strong commitment, with a large investment of resources and the management of a complex international co-production with the participation of several agents across its different phases. A total of 600 original objects, 400 images, and 100 stories make up the cast of elements on which is built the museum framework of “Auschwitz: Not long ago. Not far away” Together with the Auschwitz-Birkenau Memorial and Museum, other major institutions such as Yad Vashem, the U.S. Holocaust Memorial Museum in Washington and the Wiener Library in London have collaborated, as well as other private collections.

The 2,500 square meters of Arte Canal allow a versatile launching of such an impressive project.  More than 25 different areas are part of the exhibition, for which it is recommended to spend between two and three hours on a standard visit. The 25 areas are divided into 4 different storylines:  The encounter, Before Auschwitz, Auschwitz, and After of Auschwitz; a structure that allows the visitor to face a journey taking into account all those details needed to globally understand the Holocaust or Shoah. 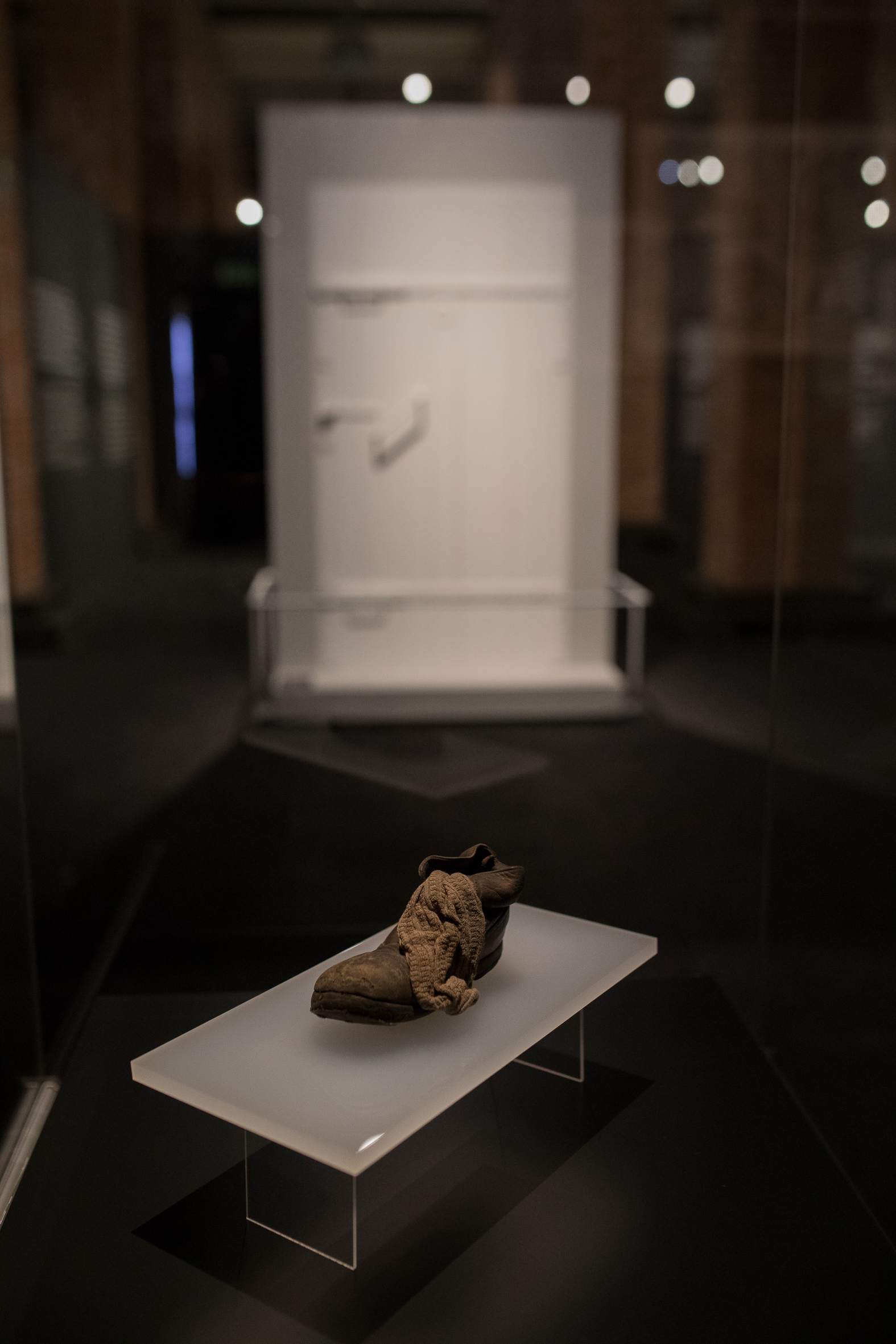 The museum strategy designs an impressive, well-documented and illustrated exhibition which offers both rigor and emotion with the aim to engage the visitor’s empathy. Perhaps, the audio guide is the best way to capture this connection with the visitor and, at the same time, reinforce the relationship between rigour and emotion. In addition to the sound added to the 10 videos shown and the voice of several survivors of the Holocaust that can be heard, the narrative proposed by this classic interpretative tool makes it possible for this exhibition to go beyond its informative reach.  In “Auschwitz: Not long ago. Not far away” is not enough to be reliable at a historical and set design level, since the ultimate goal is to also engage the visitors with their deepest feelings. Thus, beyond any historical consideration, the audio guide includes constant references to the stories and memories that are hidden behind each exhibit: a shoe, glasses, a notebook, etc. All of them are no longer inert pieces but imaginary windows that take us back to the tragic reality of the Holocaust.

Although what makes “Auschwitz: Not long ago. Not far away” a unique exhibition is its aspiration to spread the history of a place as cruelly unique as Auschwitz, and to do so, in addition, so many kilometers away from the original place of memory and with a travelling intention. A convincing challenge to which no one has ever aspired to this level before, and which offers a very interesting comparative reading.

Obviously, a travelling exhibition, away from its original place, does not have the authenticity factor of the original place, which does not mean that this initial disadvantage cannot become a real opportunity for improvement. What is lost in authenticity is gained in context, didactic capacity and dignity of the victims to a certain extent.  At the Auschwitz-Birkenau Memorial and Museum, we know the victims through their absence, being represented by what accompanied them prior to their disappearance. In a way, their memory is reduced to his death. On the other hand, “Auschwitz: Not long ago. Not far away” is free to present the memory of the Holocaust victims in a much broader way. The remains and objects point to death in the original place of memory, while here it is easier to address a discourse of contextualization to help understand as a whole the phenomenon of the Holocaust. In Auschwitz, the objects are presented as evidence of what happened, while in El Canal, in addition to the evidence, there are the elements that make it possible to follow strategies aimed to educate on the Holocaust.

Auschwitz: Not long ago. Not far away spot | Auschwitz Exhibition

As stated by James Young (1993), nowadays an exhibition in a Holocaust Museum shows the creators’ view in alignment with the social and political contexts of the moment. However, this does not mean that the visitor’s perception will be neutral, quite the contrary. What we perceive as visitors will also largely rely on who we are at an individual and collective level, and what our priorities are in a particular political, social, cultural or even memorial context.

In this sense, the general perception of the visitor is positive and in line with the approach pursued by the creators of the exhibition. Disseminate to know, and know to understand. Even though there is widespread consensus among visitors about the harshness and discomfort generated by the visit, this is considered as a necessary evil. Piotr Cywinski (2017: 16), director of the Auschwitz-Birkenau Memorial and Museum, also points this out when he states that it is healthy the existence of a certain sense of unease when approaching the knowledge of the Holocaust, otherwise it could endanger the conscience of anyone who hopes for a peaceful world.

On the other hand, “Auschwitz: Not long ago. Not far away” aims to bring an improvement of the present through the knowledge of the past. Memory is the contemporary image a society has from its past, consequently, the dissemination of the origins, causes, consequences along with the social, political and cultural influence of the Holocaust can only be considered a useful tool of social pedagogy in the present. The exhibits tell us about stories but also about memories, they tell us about the past but also about the bonds of that past with our present. A generic message is conveyed to the public that places the duty to remember as the existential axis of a democratic society that promotes and respects human rights, something the public perceives as such.

Therefore, by disclosing the past, the exhibition in Madrid has been an exhibition seeking to make an impact on the present, forcing a collective reflection on a horrible event that may not be 100% replicated again, but whose origins were forged in a seed of hatred and intolerance that unfortunately is still very much present today. We must never forget -and this is how the exhibition reminds us- that the Holocaust did not begin with mass murder but with the consolidation of a rhetoric of hatred that ended up being assimilated into that political and social normality within a cultured and advanced society.