The Associació Conèixer Història developed this project to locate, catalogue and disseminate the “memory sites” of the city of Barcelona. The aim of Memòria BCN, a partnership with the EUROM and the City Council of Barcelona, is to inform the public of  places in the city where transcendent historical events in the 20th  century have taken place.

Based on a documental research, the project consists of a database with more than 100 memory sites that constitute a real topography of Barcelona’s democratic memory. The information was made available in four languages at the website Memòria Bcn, which proposes guided routes to visit those sites, and help to explain the recent past of Barcelona, a city marked by important facts related to Spain’s and Europe’s 20th century history. 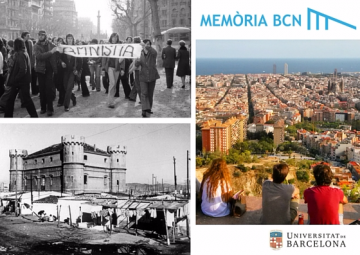