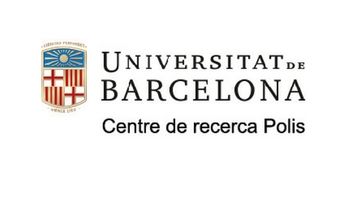 The Centre de Recerca Polis (CR Polis) is an interdisciplinary research centre based at the University of Barcelona which focuses on the creation and promotion of knowledge about  the city, particularly in terms of sustainability, urban design and public art. This centre is made up of  several researchers from the departments of Sculpture, Social Psychology, and Drawing at  the University of Barcelona, as well as from other Spanish universities and research centres in Portugal. CR Polis has played an active role tracking and analysing the different processes that affect the construction of public spaces in terms of territory, society, art, design, as well as in terms of material development of some of those process within the frame of Barcelona.

From a critical and analytic view, there clearly exists a plurality of approaches, from local projects, the creation of an information system of public art in Barcelona (an online tool to spread the local heritage of public art), to international projects such as the thematic network, PAUDO (Public Art and Urban Design Observatory), created as an international stage/platform that  encourages  collaboration among specialised institutions.

This group encourages the study of the politics of memory associated with the creation of public monuments and  the problems derived from the memorial significance/new significance that goes beyond the academic sphere to involve  the public sphere. CR Polis   specializes, among other fields, in models for action that are  increasingly inclusive and horizontal in order to integrate  different agents within the management and decision-making of  civil society. Regarding  projects aimed to transform the public spaces of Barcelona — such as the women’s prison in Les Corts —, one of the main focuses has been the active process of public participation. Interdisciplinarity is the other  main focus of the CR Polis. From its  beginning, the research group has encouraged multidisciplinary teams working on a cross-cutting basis from history, art, urbanism, design, sociology, architecture and  philosophy.

For CR Polis, public participation and their multidisciplinary approach are the two key elements needed to approach the challenge of making public aware of the public of memorial stories within the cities in a positive way.