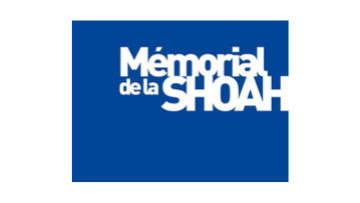 The seeds of the Shoah Memorial were planted during the war with the founding of the Centre de Documentation Juive Contemporaine (Contemporary Jewish Documentation Center), an archive that collected evidence of anti-Jewish persecution. Later, the Memorial of the Unknown Jewish Martyr was created. Today the Memorial, a museum and archival center, is a place of mediation essential for the transmission of memory.

The Shoah Memorial is many things at once: a museum hosting a permanent exhibition, two temporary exhibitions a year and many cultural events (panel discussions, film screenings, and testimonies); an archival center open to researchers; and a place of remembrance and the transmission of memory.

More than ever, the Shoah Memorial is expanding its work and activities outside its walls to prevent racism, anti-Semitism, and genocide, bringing exhibitions, talks and film screenings to many cities. Pedagogical teams travel to various places to organize and run workshops. Some of the Memorial’s exhibitions travel internationally. For students and teachers, the Memorial also sets up training courses and seminars to prevent racism, hatred, and genocide.