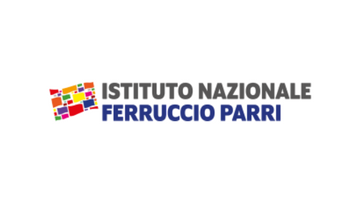 The Istituto Nazionale Ferruccio Parri. Rete degli Istituti storici della Resistenza e dell’età contemporanea (INSMLI) was founded in 1949 by Ferrucio Parri, partisan leader during the Italian resistance and first president of the transitional government after the Second World War. Since its creation, INSMLI aims to compile and analyse documentation produced by the organisations that lead the resistance to free Italy from Nazi and Fascist occupation and to promote the knowledge of that liberation movement.

Several historic institutes, locally and regionally, dedicated to the history of the Italian Resistance have collaborated with INSMLI since then. Currently, the institute works for the coordination and scientific assessment of a network of Institutes of the History of the Italian Resistance and the Contemporary Society in Italy.  It is a federally structured network with more than 66 associated historic institutes and 10 joined organizations with presence in all the Italian territory. Each associated institute or organization keeps their own legal, scientific and functional autonomy. The same common aim leads all members: spreading the Resistance’s inspiring values reflected in the Republican Constitution, and on the ideals of Anti-fascism, democracy, freedom and cultural pluralism.

INSMLI is located in La Casa della Memoria in Milan (The House of Memory), inaugurated the 25th April, 2015. The place holds exhibitions and is also the headquarters of other organizations related to historical memory in Italy, such as the Associazione Nazionale Partigiani d’Italia, Associazione Ex Deportati nei Campi Nazisti and the Associazione Italiana Vittime del Terrorismo, among others. Its magazine and media, Italia contemporánea (Contemporary Italy), was founded by Giorgio Vaccarino in 1949 under the name of Movimiento di liberazione in Italia (Freedom movement in Italy), and is a basic reference to study the contemporary history of Italy. On the other hand, the institution has adapted to new technologies and as such, its website has become a tool to research how to access the databases and documents in order to study the memory and history of the Italian resistance.

The INSMLI network is a very singular example within the European memorial scenery. It shows us a unique model of a memorial institute, placing research, disclosure and education of contemporary history as fundamental cornerstones of its work and treating educational, academic and scientific fields as its main focus. INSMLI’s contribution to consolidate the historic discipline and to revitalize this historiographical debate has stood out as a relevant value for a public, free and balanced debate, as well as an obstacle against the artificial and self-interested memorial constructions. The conjunction of factors such as the geographical reach, the thematic range and the defence of the historic discipline, has transformed INSMLI not only into an institution active in memorial construction, but also in a fundamental agent in the public debate on the policies of remembrance within the Italian context.