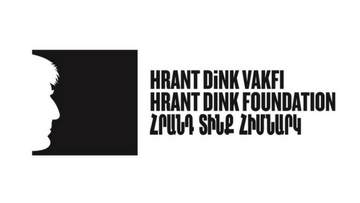 Hrant Dink Foundation was established after the assassination of Hrant Dink in front of his Armenian-Turkish newspaper AGOS in 2007, in order to avoid similar pains, to continue his legacy. Democracy and human rights for everyone regardless of their ethnic, religious, cultural origin or gender is the Foundation’s main principle. The Foundation defines the development of a culture of dialogue, empathy and peace as the basis of all its activities,

The Hrant Dink Foundation carries out various programs such as  ‘Turkey-Armenia Relations’, ‘Education!, ‘History’, ‘Culture and Arts’, ‘Democracy and Human Rights’, as well as projects dedicated to protecting human rights and minority rights in Turkey. It also works on writing histories devoid of nationalism, shedding light to the past and encouraging dealing with the past, preserving the culture of minorities in the country, researching hate speech and normalizing Armenian-Turkish relations.

The Foundation currently implements its projects and programs under specific sections, such as ASULIS Discourse  Dialogue and Democracy Laboratory; Armenian Research Institute; and a Memory Site.