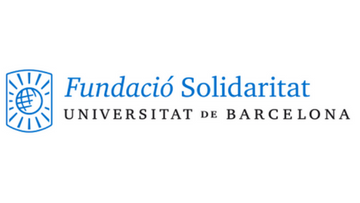 Fundació Solidaritat Universitat de Barcelona (University of Barcelona Solidarity Foundation) was jointly created by Món-3 Foundation and the University of Barcelona in 1996. Its mission is to apply the University policies in development aid and, as part of the commitment to social responsibility, foster initiatives defending human rights and promoting social action. To this end, the Foundation spearhead, supports and implements a wide range of projects that broaden the scope of aid and strengthen aid initiatives in developing countries and in conflict zones, especially in the area of inter-university relations.

Research focused on the history and memory of the late twentieth century has experienced a growing interest in the academic field and in the sphere of civil society, as shown by the numerous projects and initiatives undertaken in Europe and the rest of the world. In this sense, the University of Barcelona Solidarity Foundation has developed  several projects to analyse and understand historical processes of our recent past. Since 2012, it is one of the main supporters of the European Observatory on Memories.