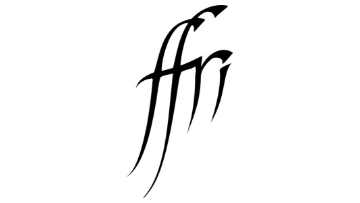 The historical development continued in 1998 when the institution was renamed as Faculty of Humanities and Social Sciences in Rijeka (February 27, 1998) and qualitative shifts in higher education were made, along with the increasing number of undergraduate study programmes and the development of postgraduate studies in the fields of social sciences and humanities. Gradually, the pre-school and primary school teaching studies separated from the Faculty and developed into the Higher Teacher Training School (1998). The Department for Art Education separated from the Faculty and developed into the Academy of Applied Arts, and in 2007/2008 the University Senate adopted a decision to establish the University Departments of Mathematics, Physics and Informatics as separate organisational units of the University of Rijeka.

By the process of separating of the certain study groups, the Faculty of Humanities and Social Sciences became a University constituent at which the students of humanities and social sciences are being educated, a component without which the existence of a modern university is inconceivable.

In the academic year 2010/2011, after the completion of the construction of a new building at the premises of the University Campus Trsat, the Faculty of Humanities and Social Sciences moved to this location. Before relocating, the Faculty performed its activities at three locations (Omladinska 14, Trg Ivana Klobučarića 1, and Slavka Krautzeka bb). Since the relocation, the Faculty has performed all activities at one location, which solved the long-lasting logistical problems of its functioning. Classes in the new building at the University Campus began on January 10, 2011.

The mission of the Faculty of Humanities and Social Sciences is to provide excellence in education to students in pursuit of bachelors, masters and Ph.D. degrees in the fields of social sciences and humanities.

In the academic year 2005/2006, the Faculty began with the new undergraduate, graduate, and postgraduate studies, according to the principles of the Bologna Declaration (the introduction of three cycles of study based on the ECTS credit point system), and today all study programmes are performed according to these principles.