PANEL 1 | Sites of memory and voices of the past: why visit them, why listen to them

*Jordi Guixé | Founder director of the European Observatory on Memories of the University of Barcelona. ~With the support of Ramon Llull Institut~ 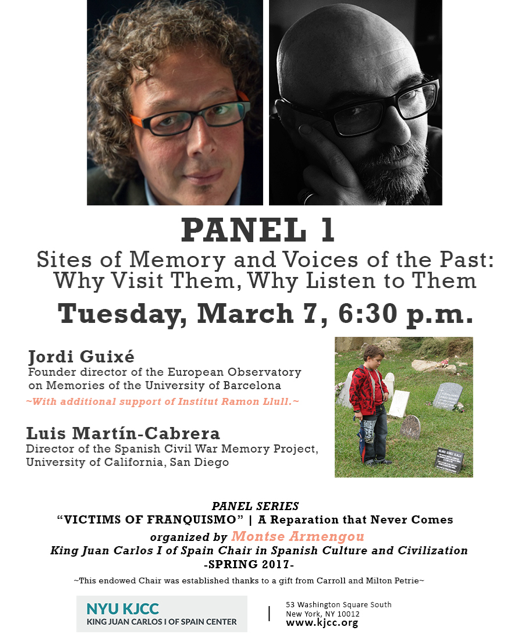 In Spain the systematic violation of human rights during decades of the Franco Dictatorship remains an untreated social wound. Mass graves, assassinations, torture, kidnapping, child slavery, and state terror of those decades remain a difficult legacy for Spanish democracy and collective memory.

Though these violations have been recognized and denounced by international organizations such as the UN and Amnesty International, the state’s failure to create mechanisms for truth, reconciliation, or reparation, has forced extraordinary interventions by civil society. Journalists, civic organizations, voluntary associations, academic researchers, documentarians and filmmakers have helped to collect material evidence, historical records, personal testimonies that reveal the cost of this long period of dictatorship.