The world today. From historical Fascisms to postmodern reactionarism and new populisms

The challenges of memory policies 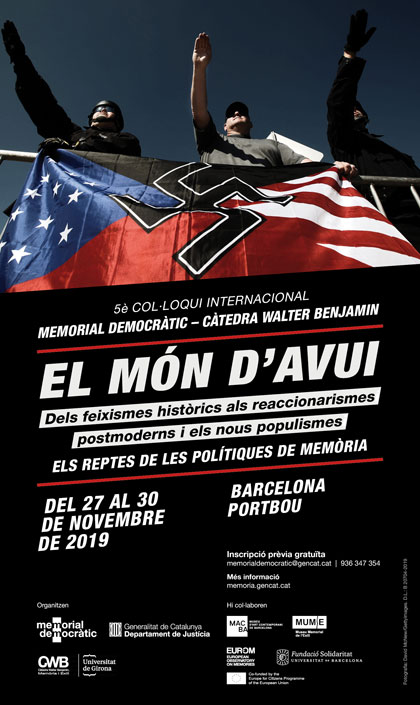 These global phenomenons affects almost all countries under liberal democracies, each one with their characteristics related to their history or the political and economic context. A standard ranging from the United States, the United Kingdom, Hungary, Italy, Germany, Austria, Finland, and Spain to Nicaragua, Brazil, Venezuela, Russia, Turkey, India or the Philippines. A general trend, undoubtedly, with a dynamic capacity of expansion and unforeseen consequences.

What is the relation of the media ecosystem and social media – often conceptualized as masses self-communication –in the proliferation of these political options and in the ways of understanding them is one of the key questions to be made. Also of great relevance is to ask about the role of public memory policies in the face of the rise of these political ideals that threaten individual and collective freedoms, and the same liberal democracy. Are the guarantees of non-repetition insured? What is the transcendence of historical distortions and manipulations, or the banalization of attitudes and political concepts, inherited from a recent past stuck with violent and traumatic episodes?