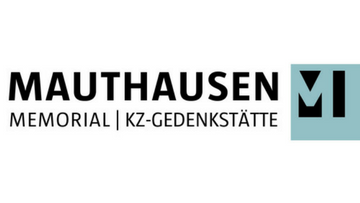 Since:
1947 (Handover of the Mauthausen concentration camp to the Republic of Austria) 1949 (Opening of the Memorial)
Website Contact information:

The Mauthausen concentration camp was the heart of a system of more than 40 satellite camps. Between 1938 and 1945, it was the central site of political and racial  persecution by the Nazi regime on Austrian territory. Of a total of 190,000 persons imprisoned here, at least 90,000 were killed.

In post-war discourse, Mauthausen has gained increasing significance as a general symbol for Nazi crimes committed on Austrian territory. Today, it is the central place of remembrance of the crimes committed by National Socialism in Austria. Linked to Mauthausen are the sites of the branch camp Gusen, and more than 40 satellite camps. These camps must be understood and treated as integrated parts of the Mauthausen place of remembrance. As an international place of remembrance and cemetery, the Mauthausen Memorial preserves the history of the Mauthausen concentration camp system and maintains the memory of the victims and guilt of perpetrators and bystanders in public awareness. At the same time, it must locate and present this history in the framework of the comprehensive history of National Socialism and the mass crimes perpetrated by the Nazis.

As place of remembrance, the Mauthausen Memorial is a site of public controversy, public debates and interventions, in which history is perpetually addressed in light of its significance for the present and  future. This process promotes understanding of present society and self-location of individuals in said  society as a result of past events – the mass crimes of National Socialism as well as the resistance against it. At the same time, it seeks to explain comparable tendencies, developments and processes of the presence of racism, anti-Semitism, genocide  and their origins, order of events and consequences. It is the task of the Memorial to activate and promote such discussion, and allow  it to flow back to the place of remembrance and to society as a whole.